This fall, I am leading a new course for BSU Senior College: Geographies of Migration. As promised to the participants, the slides I use for the course will be posted here, along with recordings of each session. 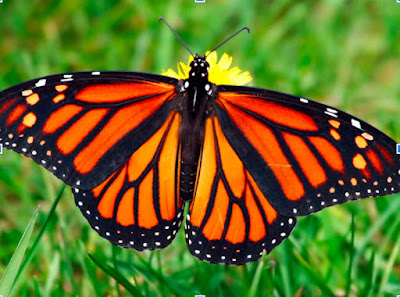 We began on September 15 with Part 1: Geographic Principles.

We continued on September 22 with a story of migration in the place where my life as a geographer truly began in Part 2: Rondônia. I have added a couple of photos to these slides as a result of questions we had at the end of our session. They are after the slide in which I show three relevant book covers. I also want to call attention to one link within the presentation that I did not get to during the session: the story of the artist Anká, which is included in a newsletter I wrote for friends and family during my first visit to the region in 1996.

I have also added a map of the entire Amazon that puts the EFMM railroad in spatial context. It is like a proverbial needle in the haystack of that map -- taking up only a very small portion in the southwesternmost extremity of the map.

The slides for Part 3: Cabo Verde provide far more than I could get to during our session of  September 29. Feel free to explore! As I have said, anything in these slides that looks like a link is a link, and though many of these are in Portuguese, many are not.

During our October 6 session, we explore non-human migration in Part 4: Migrations Avian, Mammalian, Insectile, and Arboreal. As I mentioned during the session, these slides include quite a few links to further information. I especially recommend the links related to monarch butterflies.

The October 13 session is entitled Part 5: U.S./Mexico Border and subtitled "where I'm coming from" because a lot of my thinking about migration was shaped by seven years spent in the borderlands.

BONUSES (that is, stories about migration I've noticed recently):

The September 27 episode of the marvelous WBUR program On Point explores many aspects of migration related to climate change. I have included a link to the program and some of my own notes on my "main blog" as Buffalo and Other Climate Havens.

The Hulu series Taste the Nation with Padma Lakshmi (see also the show's official page) is a course on migration, in the sense that almost every episode features a delicious culinary tradition brought to the United States by migrants from other lands to a specific community in the United States. The "almost" refers to the fact that two episodes focus on the foodways of indigenous communities. All of the episodes have three elements: conversations with community members from multiple generations, visits to one or two restaurants operated by members of that community, and Lakshmi learning to make on a representative dish. The host is herself a migrant, having moved to the United States at the age of four. This is a food show that might bring tears to your eyes.

When Bela Lugosi was filming Dracula in 1931, the set was in use 12 hours a day. A producer from Mexico convinced the studio to film a Spanish version of the same movie in overnight shifts, in what became a classic tale of immigrant pluck and determination. A film about that film is in production now; Mandalit Del Barco tells the tale of Spanish Dracula for Morning Edition.

It so happens that World Migratory Bird Day (and the importance to these birds of good coffee practices) was celebrated the day after we talked about the migrations of birds, insects, and trees.

Posted by James Hayes-Bohanan at 10:41 AM

James Hayes-Bohanan
I am a professor of (and evangelist for) geography at Bridgewater State University, south of Boston. My main teaching areas are environmental geography, the geographies of Latin America and Africa, and the geography of coffee.